There are over five thousand restaurants in Los Angeles that serve hamburgers. Wow, that is a lot of places to choose from. LA Hood Cleaning has been serving the greater Los Angeles, California area for years. We have been in many of these hamburger restaurants to clean their commercial kitchen exhaust system. We have technicians that have been trained in hood cleaning that meet the National Fire Protection Association codes and standards. 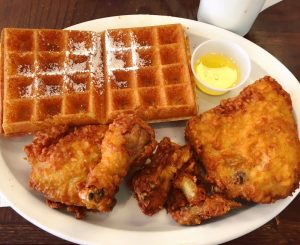 Hungry Fox is known for not only their amazing chicken and waffles but for their hamburgers as well. They are located in the North Hollywood area of Los Angeles, California. The history of this diner is one that cannot be missed.

Prior to becoming Hungry Fox, the diner was originally opened in the 1950’s by a Jewish couple then it was run by some Greeks for seventeen years. Eddie Kantayos, who is a Thai native, has been running the restaurant for the last twelve years.

Their menu ranges from good old-fashioned American food to Greek to a hint of Thai. Their breakfast burritos are unlike any of the breakfast burritos that are being served nearby. This diner sits on a corner street where there are a lot of machine shops and auto repair shops which keep them on their feet. They have garnered over eight hundred and fifty evaluations on the internet giving them a four and one-half-star rating. 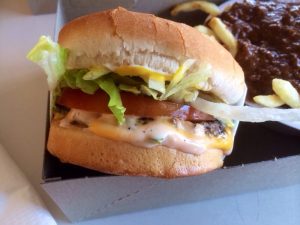 John had a history as a radio executive and knew that he had to make Carney’s Sunset Strip so unique nobody could replicate it. He purchased an old Pacific Railroad coach that was built in 1938 to transport passengers and erected it on railroad tracks they had installed. One of the reasons he did this was it gave him the ability to move the restaurant should they lose their lease on the land.

Today, Carney’s Sunset Strip is an LA Landmark that locals and visitors alike flock to. John eventually opened a second restaurant in Studio City with the same theme. He has to be doing something right as there are over thirteen hundred positive posts online giving them a four-point-six-star rating. 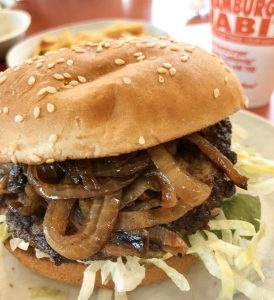 Hamburger Habit used to be on Santa Monica Boulevard and Robertson, however, after ten successful years there, owner, Frank Pezeshki decided to move it to the corner of Sepulveda and National in West Los Angeles, California. The building has the classic fifties style that is red and white, and glass walled. Frank moved the restaurant once again after fifteen years to West Hollywood.

It is estimated that people who live in Southern California eat three hundred and sixty million pounds of hamburger per year. Pretty sure much of it is at Hamburger Habit. The meat they purchase has only ten to twelve percent fat in it instead of the eighteen to twenty-two percent fat that is served in most restaurants. Their meat is ground fresh daily and delivered fresh daily as well.

Frank takes his business personally and has hired one person who does nothing but clean the restaurant. He uses only the best Canola oil, which is imported, for his French fries and insists on serving only fresh squeezed orange juice. He has a four-point-two-star rating on the world wide web with five hundred reviews.