I have always wondered what if the restaurant concepts hatched by 20-year-olds not only became realities but game-changing, runaway successes? The answer is Taystee’s Burgers in Dearborn, a place that serves some of the best burgers I have ever tried. And it’s located in a gas station, 10419 Ford Rd, Dearborn, Michigan.

It all started when founder and owner Ali Jawad was hanging out in his garage trying to figure out what to do with his life. He had just dropped out of college and obtained a real estate license. But that was going nowhere. “It turns out, no one wants to buy a mansion from a 20-year-old,” Jawad says, laughing. His grandfather Kazem had recently reacquired a gas station that sits at the outer edge of East Dearborn, but the place was in bad shape, with cardboard placed over its broken windows. They have over two thousand reviews with four-point-six star reviews.

At the time, Taystee’s Burgers served a burger with nacho cheese on it and sometimes Nassereddine would grab a pack of Doritos and dip them into the cheese. Eventually, that led to him putting it on a burger, which in turn became the Ali’s Notch-Yo-Burger: nacho cheese-flavored chips; Swiss, American, pepper jack, and nacho cheeses; hot sauce; grilled onions; mayonnaise; beef bacon; lettuce; and tomato on an onion bun. “Man, we had like three of those each that day,” Jawad says.

Originally founded as a White Castle in 1929, Motz’s Burgers in Detroit may not be the oldest continuously operating burger joint in the world—that distinction still goes to Louis’ Lunch in New Haven, which has been serving burgers since 1900—but Motz’s Burgers best Louis’ in one significant way: they actually taste good.

Located at 7208 W Fort St, Detroit, Michigan, it feels about as working-class classic as you can get. The white turrets that were the hallmark of the White Castle architectural style are still standing, though the grimy tiling is more than a little worse for wear. The interior features a half dozen round stools arranged along with a clean, stainless steel countertop, behind which sits a well-seasoned griddle.

The burgers are cooked in classic slider style. They are made from a combination of round and sirloin ground fresh every morning and hand-formed into roughly 1 1/2-ounce balls. When you order your slider, the cook smashes a well-seasoned beef ball flat onto the griddle before topping it with a handful of thinly sliced onions and pressing it down even further. Now, they have over seven hundred reviews with four-point-seven star reviews.

It’s easy to get confused by the name. It’s nothing to do with Frito Bandito, the cartoon mascot for Fritos corn chips, much less Frida Kahlo. Frita Batidos is “Cuban-influenced,” not Mexican. “Frita” means “fried” and is, says owner Eve Aronoff, what the Cubans call a burger made of chorizo, with shoestring fries. It is located at 66 W Columbia St, Detroit, Michigan. 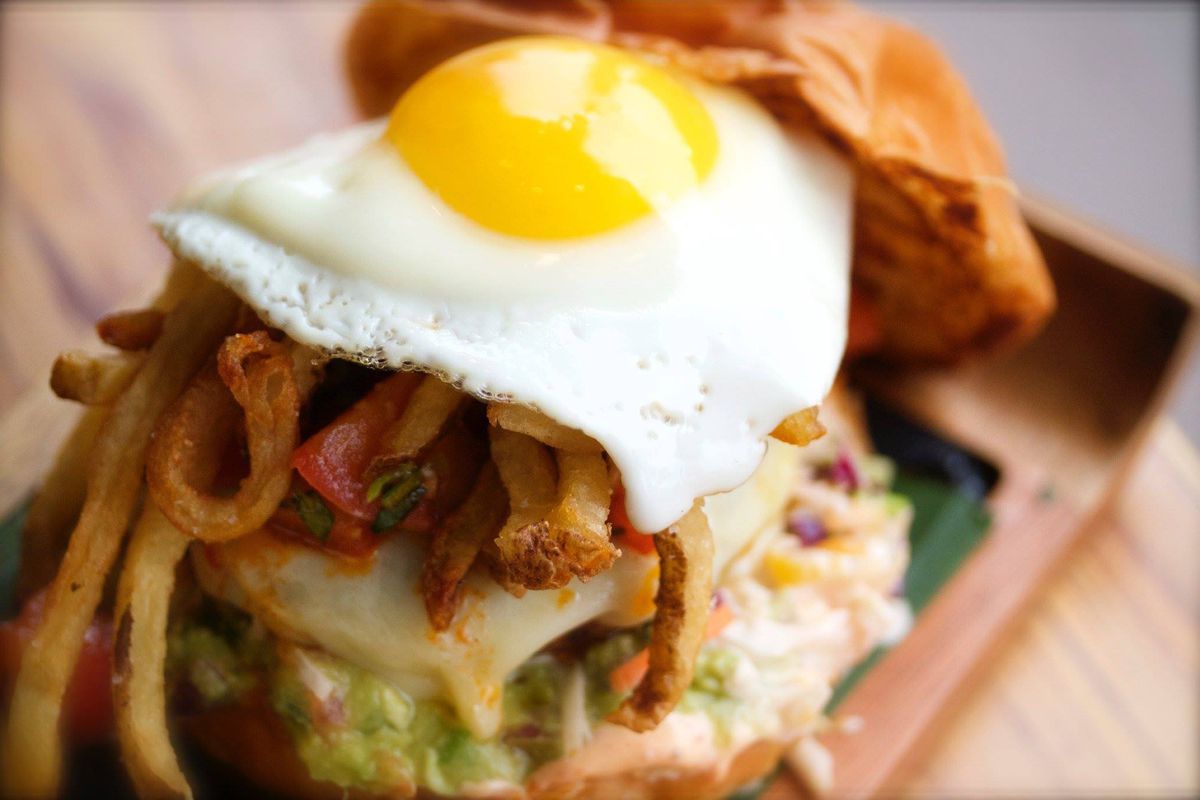 The other half of the name, batidos, refers to a milkshake made with fresh fruit, crushed ice, either vanilla ice cream or sweetened milk, and optional rum. So you have the quintessentially American burger-fries-milkshake combo but reimagined — fabulously.

The chorizo is made in-house with pork from Fairway Packing in Eastern Market, which manager Paterno Johnson extols for its humane practices. (It was Fairway meat that the Ann Arbor Frita Batidos used when it won the Burger Battle at Eastern Market two out of three years.) The restaurant adds chipotle purée, a chili blend, garlic, and red wine. Yet there’s nothing at Frita Batidos for the timid palate to be wary of. They have over one hundred reviews with four-point-seven star reviews.

Having a professional clean your hoods is now being required by Fire Marshalls and insurance companies. At Detroit Hood Cleaning Pros, we have the right equipment to remove the grease and grime build-up not only in the exhaust system but the turbine on the roof as well. There have been many grease fires start on roofs because the grease was not cleaned out properly.

We have a couple of associated posts to advise that you might find interesting: